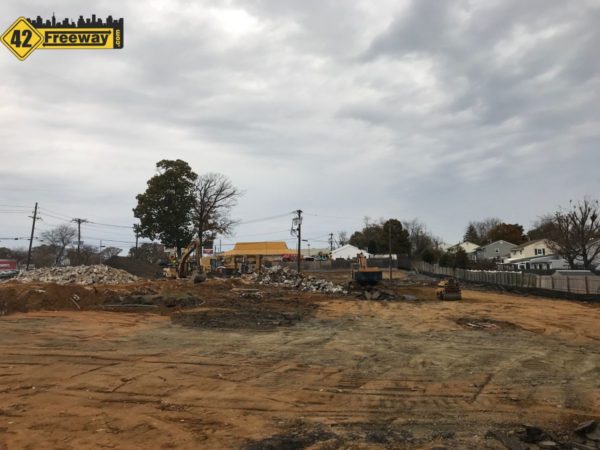 The Friendly’s Restaurant on Route 45 was torn down recently to make way for a new CVS pharmacy, which will be relocating from across the street.

Just so that there is no confusion…
The Friendly’s restaurant near the Deptford Mall is still open!

The Friendly’s that was just demolished to make way for a new CVS,  is on ROUTE 45, near Mantua.   The demolished store is next to the Y-BY rental facility on Rt 45, and across from the Shoprite.   Many think this is Mantua or Wenonah (including Yelp), but actually both the old Friendly’s and Y-BY sit within the Deptford borders, and this project is a Deptford project having moved through the Deptford Planning Board.   Route 45 can get very confusing, as just a little further south where the LA Fitness is, is not Deptford (Woodbury Heights)

The photo attached to this article was taken from the traffic light jughandle, and you can see the Y-By building in the distance.

As a side note, there is still no action on the Rt 45 Starbucks which is to be built where the Bruster’s building was located in front of the LA Fitness.