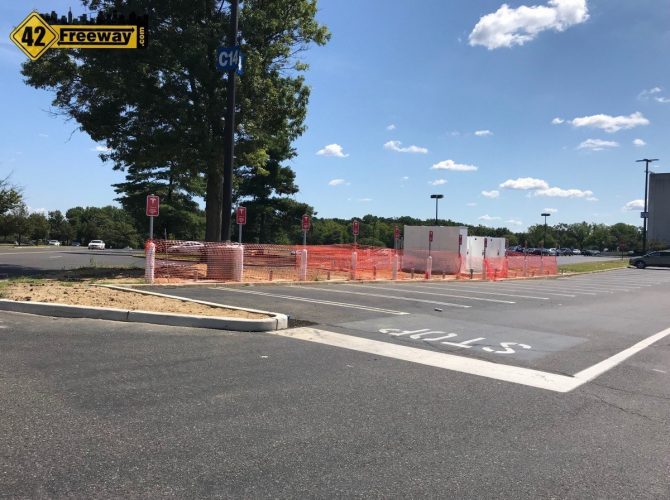 The Tesla Superchargers look almost ready to roll in the Deptford Mall parking lot.  This is a larger 12 bay unit, and is located off of Boscov’s… consider the space between Red Robin and Adelphia’s.  They are positioned not too far from the mall and at the edge of the interior parking area, but far enough away that there shouldn’t be a worry for non Tesla cars parking there.

We originally brought this story to light back in April 2018.

Currently the higher end Tesla cars are offering life time free charting at Tesla charging stations, that’s if you can swing $72,000 or more.  The lower priced Model 3 does not have free charging.  I believe that used Model S vehicles my also carry free charging to future owners who purchased used… but I am no expert so please check with Tesla.

This is a nice little addition to Deptford Mall.  Tesla places chargers not as much based on the local residents owning cars, but on where they believe Tesla drivers are traveling as the manufacturer is looking to extend the range of their vehicles.  They want to take away the “electric car anxiety” problem for Tesla owners so they know they can drive anywhere and be able to charge along the way.

Deptford Mall is a destination in itself, but Rt 42 is also a well traveled key route for many commuters, especially in the summertime as families all over the Delaware Valley head to the beach and Atlantic City casinos.  That Mainline family “hey let’s leave a little early for Ocean City, we can stop at Deptford and charge up.. and grab a bite to eat”.  Just a thought. ha

Adding to that same notion of meeting traveling needs… not that Deptford is any more or less fancy than Paulsboro, but they just recently added Tesla chargers to the Paulsboro Wawa right off 295.  Because of Paulsboro Tesla owners?  Mmmm… maybe more so for the 100s of thousands of cars that drive 295 each day.

I believe the standard Tesla charging station is 8-bays… and this being 12-bays indicates Tesla believes this will be a high use location for them.