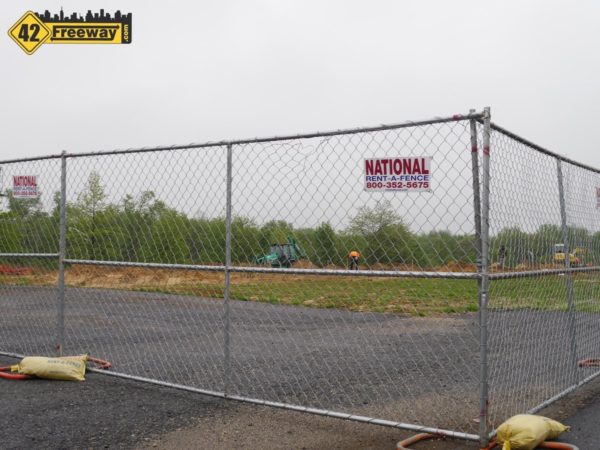 Back in 2015, two new hotels were proposed and approved for Deptford’s Route 41 at the 42 South entrance.  The Courtyard Hotel (with small bar) opened in July 2017, and now two years later construction has started on the previously approved Hampton Inn Hotel, which will be located across the parking lot from the Courtyard.

Within the last week, construction fencing has gone up for the new hotel, and workers are on site working on foundation and utility construction.  Honestly, I had never seen the site-plan as I missed the Planning Board meeting 2 years ago, and this is the first time I realized that… well it seems the second hotel will also be situated to the far rear of the lot, closer to Rt 42 than Rt 41.  I would imagine this was done to leave the front portion of the lot available for other developments?  Just a thought.

The already opened Courtyard Hotel took advantage of New Jersey’s “Build a new hotel of 100 rooms or more and you can get a special hotel liquor license”, but according to the originally approved plans the Hampton Inn will not have a liquor license.

This will be the fourth better quality “Mid/Up-scale” hotel in very close proximity of each other, along Route 41.   Opening this year will be a new stand-alone Starbucks store, a new and a relocated AT&T store.