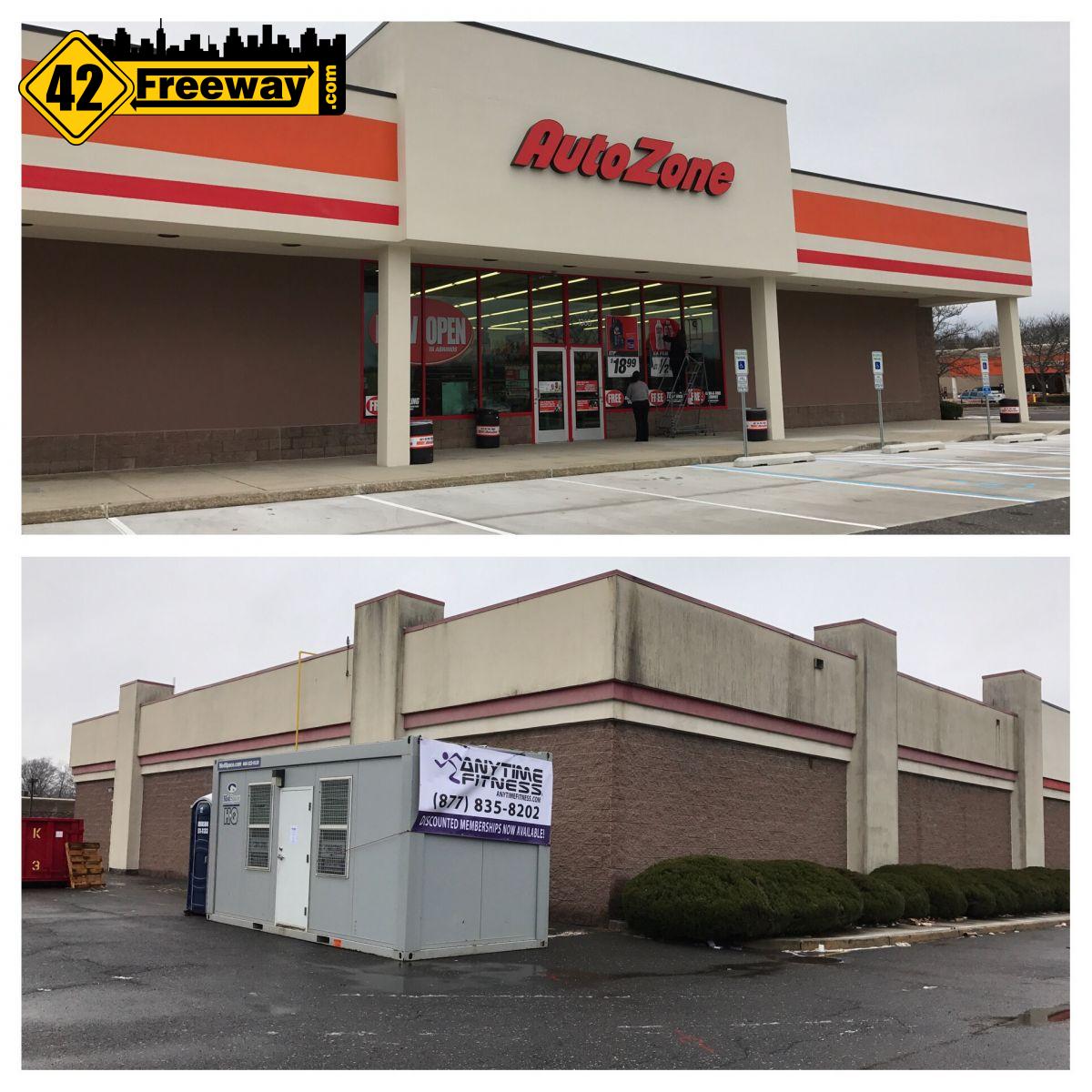 The Home Depot center on Route 41 in Deptford has a new neighbor that just opened this week, and another scheduled to open in March 2017.

Autozone continues its proliferation throughout the area with another store, located in the what originally was the Foot Action store.

AutoZone was a nice surprise when it was announced and they’ve done a great job converting it over.  I think everyone knows what Autozone is, but for clarity; it’s an auto parts and accessory store combining a traditional retail area for products such as light bulbs, car cleaning, oil… with a full parts area with service counter for more complex parts purchases.

The AutoZone building is somewhat large… definetly too large for its original use as a shoe store, so the creative redevelopers have come up with a unique setup;  the Autozone has taken over what was the front entrance to the store, and a second store will have a separate entrance on the back side.

That second store will be Anytime Fitness, and will take up more than 50% of the building.  With the work done on Autozone, interior demolition and construction started last week on the gym.

Anytime Fitness is a 24/7 gym which offers a full gym experience.  Information on their website says there are over 3,000 locations including one in Sicklerville NJ.  While I am not sure of the exact Deptford offerings, the video presentation shows a variety of equipment from treadmills, free weights, machines and even a workout class area.  They also indicate membership gives access to all of their locations.

Anytime Fitness already has a representative on site most days, in the construction trailer. They are offering promo pricing for early sign-ups. Check their webpage for contact info. Anytime Fitness Deptford.

Note 1: This is the third attempt for a Deptford location for the gym.  They originally were slated for the building next to the Arby’s on 41, then they were scheduled to setup in the newly remodeled Hobby Lobby shopping center… and now they’ve definitely found a home with Home Depot.  A representative tells me that the problems with the other locations came down to parking… gyms can take up a lot of parking, and people can stay for long times.  Some retailers in shopping centers actually put in their leases wording to keep gyms out, which would then have to be negotiated.  No problems though with this location.
Note 2: This is the same small shopping center that has the closed Old Country Buffet. That building remains empty at this time.

I live close by off of 41, and am happy to see both stores coming to the area and hope to frequent both regularly.  When I lived In Bellmawr (near Brooklawn) I was used to having everything so close… and despite living now in the heart of South Jersey’s retail Mecca… everything seems so far away.  Ha.  Now if only those Super Wawa and Drug Store rumors would come true! 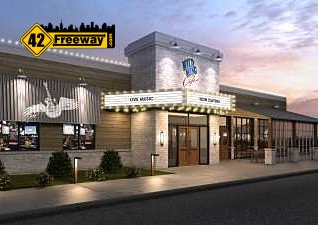 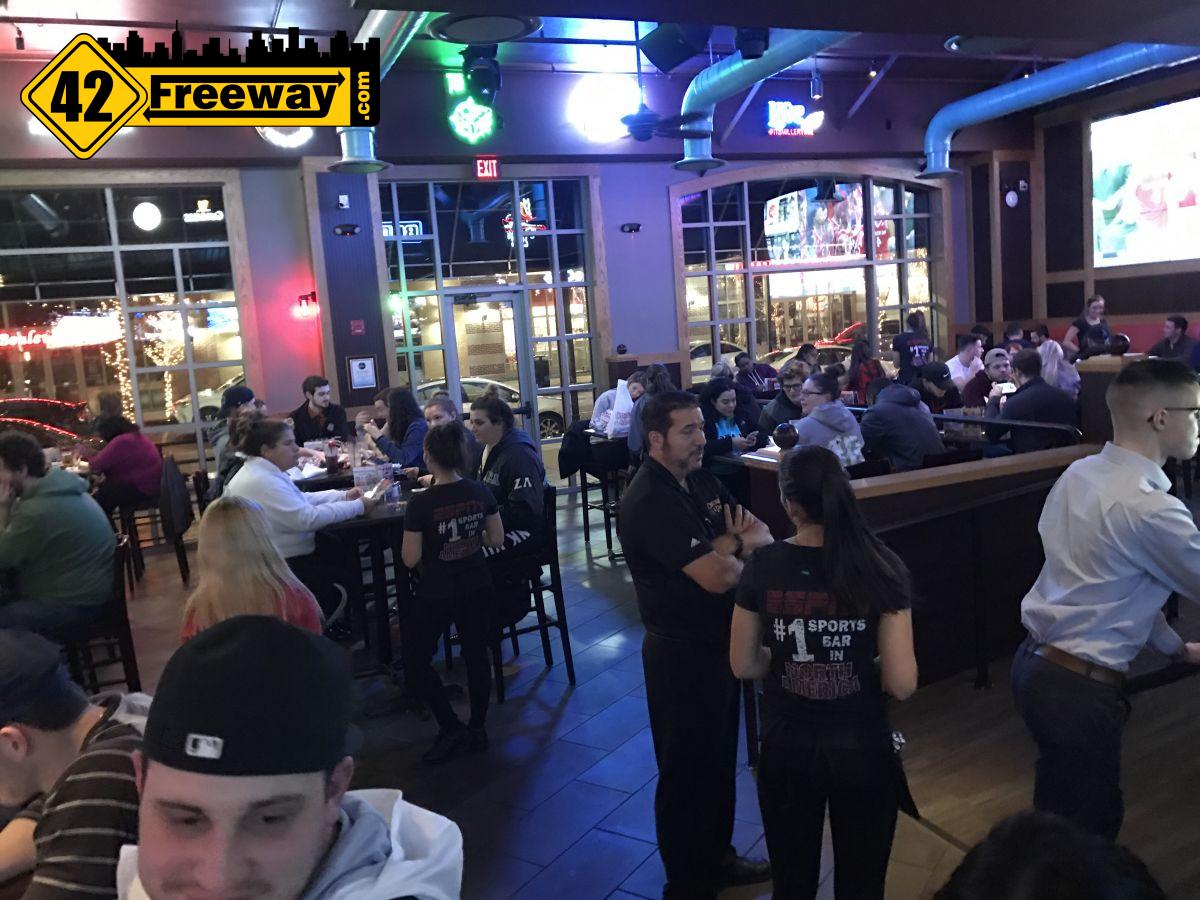 The location packed up and closed down a few weeks ago. I drove by month and after month and saw very little activity. Bally's used to be the only game in town and they let their locations and business run to the ground. LAFitness took over and their customers -- nicer facilities, etc. But, LA has lots lots of ground in the area and there is a proliferation of gyms in the area. Some will surely fold as the competition grows.

I recently moved here from N.E. Philly and i love living in Deptford Nj. My wife loves Aldi. Would there be any reason why the developers not open an Aldi's store where Pathmark used to be. Heck, I would even love to help with the feasability study. I think that Deptford needs its own supermarket.

I'm sure Anytime Fitness did their homework but two red flags for me would be that Bally's Fitness a few blocks away closed when it was one of the few gyms around, and there was already a 24 hour identical fitness center called Snap Fitness that closed up in the Pathmark shopping center. They are building fitness centers like they were drug stores 10 years ago to the point of over saturation. I guess they are hoping to cannibalize other nearby gyms to survive.