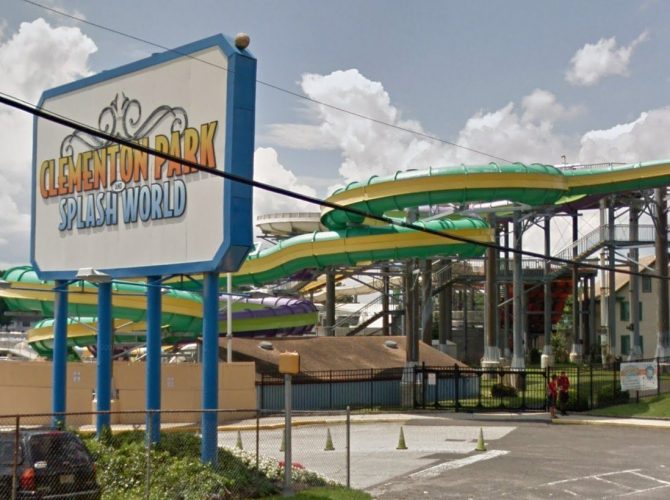 KYW Newsradio has reached out to Clementon Park owner Premier Parks, and has confirmed that Clementon Park is closed and it seems unless a buyer is found they will not open in Spring 2020.

Over the weekend 42Freeway broke the story locally that all indications were the beloved Clementon Park was closing, based on both pulling together several published aspects of the story.  The real corroborating piece which made this a real news story was an interview with an area resident who runs the Clementon Fall Festival.  Jill shared the conversations she had with park staff regarding the closing…   That prior 42Freeway story went VIRAL!  Absolutely the biggest story for 42Freeway, which garnered a lot of attention from local media and spawned major news outlets to research and do their own stories.

In the KYW story posted last night on their website, they say:

The park is owned by Premier Parks LLC, a company based out of Oklahoma City, and it operates several other amusement parks in the United States and Canada.

KYW Newsradio reached out to company officials who confirmed the park is indeed closed. They said while there is potential for a sale, there is nothing in the works currently. And it’s unclear if the park will open again this spring.

You can read the full KYW Story here:

Screamscape: Premier Parks Looking to Sell its Last Four Parks: Three Have Interest from the Big Guys but no Interest in Clementon Right Now.

Industry Amusement News website Screamscape has updated news this morning on Premier Parks and Clementon Park.  As we mentioned in last weekends article, while Premier indicates they have 16 parks they actually sold 12 of them and retained a contract to operate the parks.  There are still four parks owned by Premier, including Clementon.

we are starting to hear rumors that Premier Parks may have been looking to sell off not just Clementon Park, but the other three parks they do own…
…Rumor has it that both Cedar Fair and Six Flags may be considering possible offers for some of these properties, though it looks like there were no takers for Clementon Park, or at least not yet.

This is a rare occasion where I post off of another media outlet’s story… but honestly KYW is just adding to my story from over the weekend!  They knew to call Premier Parks because of the 42Freeway post (or from WPVI who did their own short story after the 42Freeway post).  Of course 42Freeway doesn’t get a mention from any of them.

It seems in the area news media community, there are very loose rules regarding when to give credit to other media outlets for having the story first.   Or maybe that’s just the way it is around the globe.  I go round and round with a local South Jersey newspaper who in the past I’ve been told of a rule that goes like this… “Sure you uncovered the story and got it out first, but we spoke to the Mayor to confirm and that makes it a new story so we don’t have to credit you when we publish it”

But at 42Freeway we have our own rule… if any other media outlet puts out information which then helps us with a post, I 100% give them a mention and a link.  If I’ve missed any in the past, that was an oversight and let me know and I will correct it.

I get that the journalism industry is decimated today… but it is still a full time job at the big papers and stations and they should have time to do their own research, to call people, to uncover stories… and if they use one of my stories remember I’m doing this part time… and damn it really ticks me off to see my hard work used without a simple credit/link to 42Freeway.

But it just motivates me more.

One thing is certain…  the Philadelphia and South Jersey news community definitely knows about 42Freeway… and I thank you the readers for helping make this happen.