While the core “Raise the Rio Grande Roadway” flood project was completed before the 2020 season, additional work is still being completed.   This week contractors started on a project to paint the Wildwood’s iconic beach ball logos on to the Rio Grande intersections at Park Boulevard and Susquehanna Ave, and we are sharing images from local drone photographer Dan Robinson!

Dan’s awesome shots of the project are timed perfectly to capture that “rough outline, can really see where this is going” phase.  It’s like watching a video of how Disney animators would hand-draw their animation starting with an outline sketch.

A huge Thank You to Dan for allowing us to use his images.  Dan has been grabbing awesome video of the Wildwoods, and even recently put up video of the North Wildwood beach erosion.
Please Follow Dan on Social Media

The larger of the projects is the Park Boulevard intersection at the corner where McDonald’s sits, and the new Popeye’s is planned (fenced in lot at the corner).   This intersection features four distinct beach balls of varying sizes, all positioned differently in a way that it makes it appear like they were tossed up into the air.

In the current early stage, the full outline is clear, and you can see they have started to fill in the red paint. 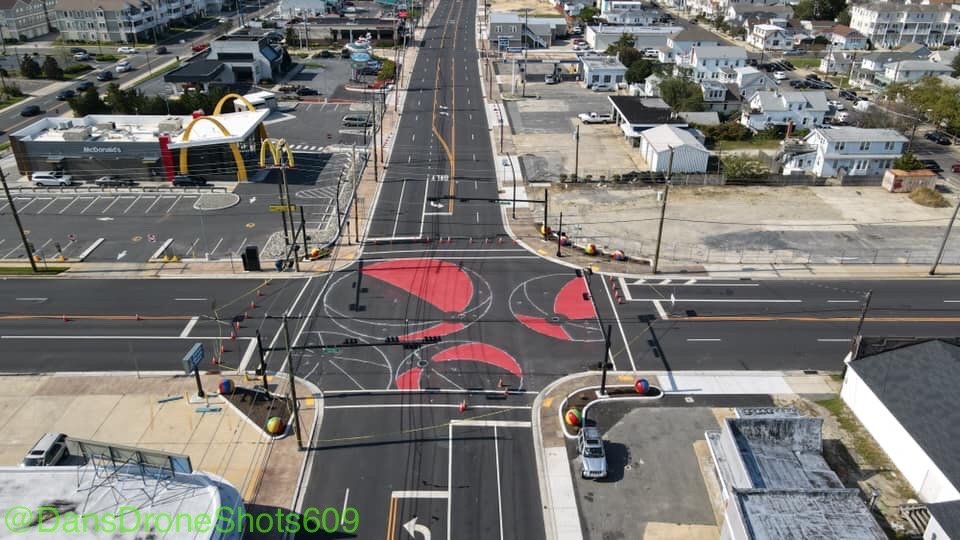 The Susquehanna intersection (down by Beach Creek Restaurant) is smaller than Park Blvd, so here they have chose to add 2 larger beachball segments… positioned more like the center intersection is a window into a world where the two beachballs are living under the roadway! 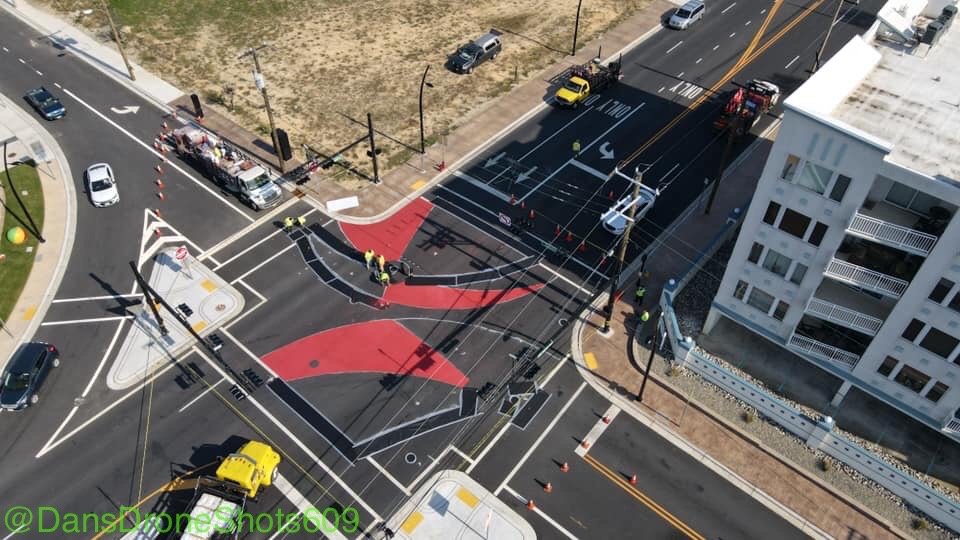 A very high-level summary for those who may not be aware, but the county (and others) are at the later stages of a project to improve the Rio Grande gateway entrance, mainly driven by the need to work around flooding problems at the foot of the Rio Grande bridge.

The core aspect of the project was to raise the roadway so that it would be above most flood water so that traffic could continue to move.  In some areas the roadway was raised over 3 feet… and the designers have done an amazing job making the final project blend in with the surrounding area very naturally.

The second core component to control flooding is a large pumping station which sits at the Susquehanna Ave intersection.  Currently it is not operational, so the chances for flooding on Rio Grande are still higher.. but will improve when the pump goes live. (we are checking on the timeline)

The flooding roadway has been  a nuisance to residents and visitors for decades, but it was also a serious safety concern for first responders could not quickly access the island, or island residents who could not quickly get to emergency medical care on the mainland.

At the Susquehanna intersection, the project also includes a large pump to help move water out of the roadway.  I do not believe this is functional yet.  The have added landscaping and beach ball design aspects, but I believe they will still be painting a mural on the vertical curved walls.

For more details on this project.. I recommend checking out Joey Contino’s Wildwood Video Archive website.  He has been following this project along the way, and this one offers a full tour! 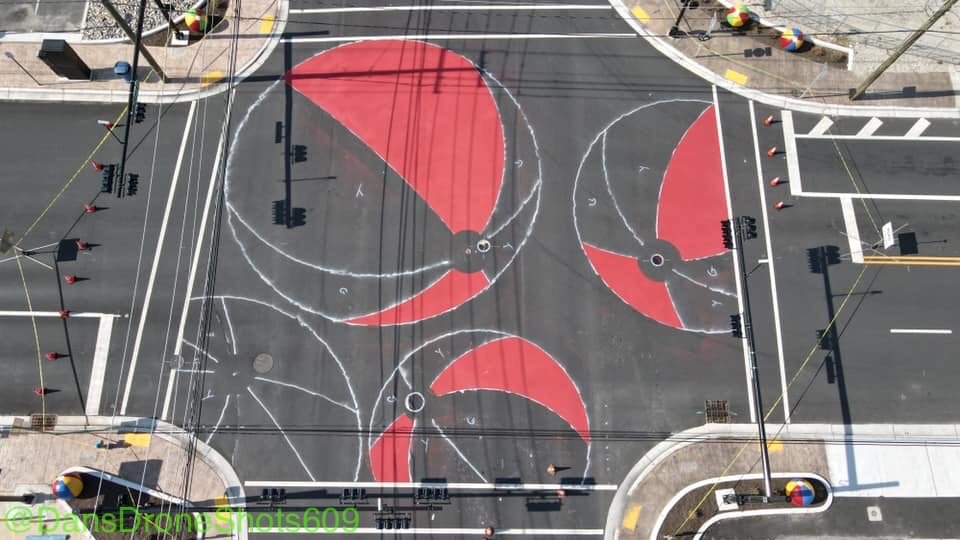 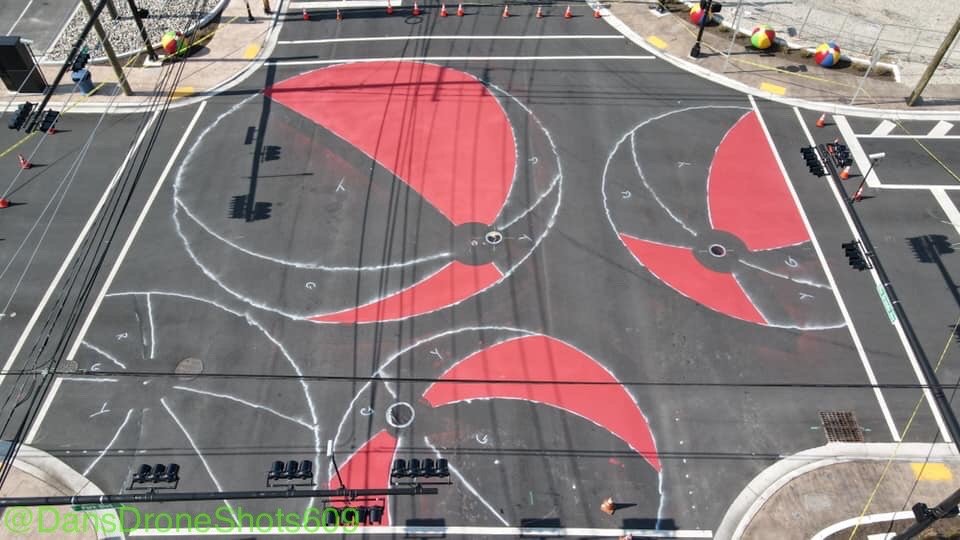