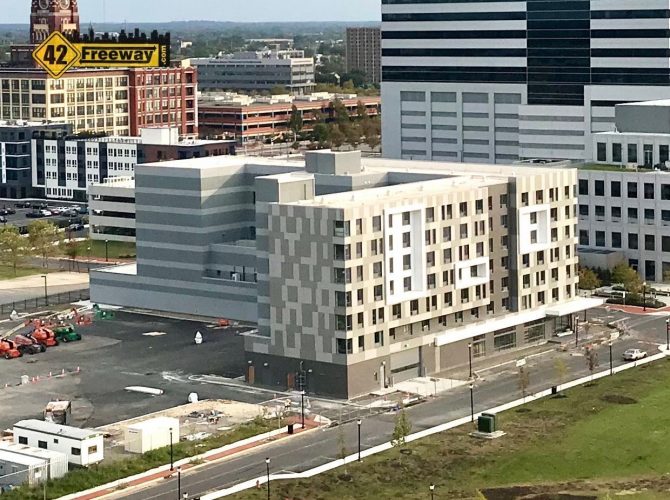 A brand new Hilton Garden Inn Hotel is close to completion on the Camden waterfront, and job opportunities appeared online this week!  We don’t have an exact date for their expected opening, but the online reservation system seems to allow us to book start January 1st…  and that is far from official.

We noticed that recently job postings for all facets of the hotel have gone online (Executive Chef!), and we listed what we see at the bottom of the article.

This is a fully featured hotel, offering 180 rooms, a full bar and dining area, and meeting/event spaces.  The location is on the Camden waterfront, in the area near the Ben Franklin Bridge, which has seen significant construction over the last few years.

Next door neighbors in new buildings include; American Water’s headquarters and the Connor Strong building.

Also in the area is the newer Sixers practice facility across from the BB&T concert venue, L3 communications, a new Subaru headquarters is close by, and of course tourist attractions such as the Aquarium and the Battleship New Jersey are in walking distance to the new Hilton.

And let’s not forget the significant Rutgers college presence in the area, which should drive visitors to look for rooms at the new Hilton Garden Inn.

One would assume that when concerts return to the BB&T venue, this hotel will see a many room bookings for concert goers!  Heck and of course Philadelphia Convention visitors!

With the beautiful waterfront views of Philadelphia and the Ben Franklin Bridge and in-house event space, this is sure to become a popular wedding location!

Media reports from May 2019 on the groundbreaking say they expect to offer 75 permanent jobs at the hotel.

This hotel has been in discussions for a loooooongggg time.  We found a New York Times article from 2008 when this project was first going to planning, and touting it as part of the Camden rebirth process.  TWELVE YEARS!   And to think, people get upset if a Wawa isn’t developed in a year!

The hotel has acquired their liquor license via a special “New Jersey Hotel/Motel Exception” license, which makes available liquor licenses to newly developed hotels with 100 or more guest rooms.

The Courier Post reported two years ago that another Camden hotel was approved at North 11th and Penn Sts and we are checking on it’s status.

The jobs are posted on several internet sites.  We are using indeed at this link. 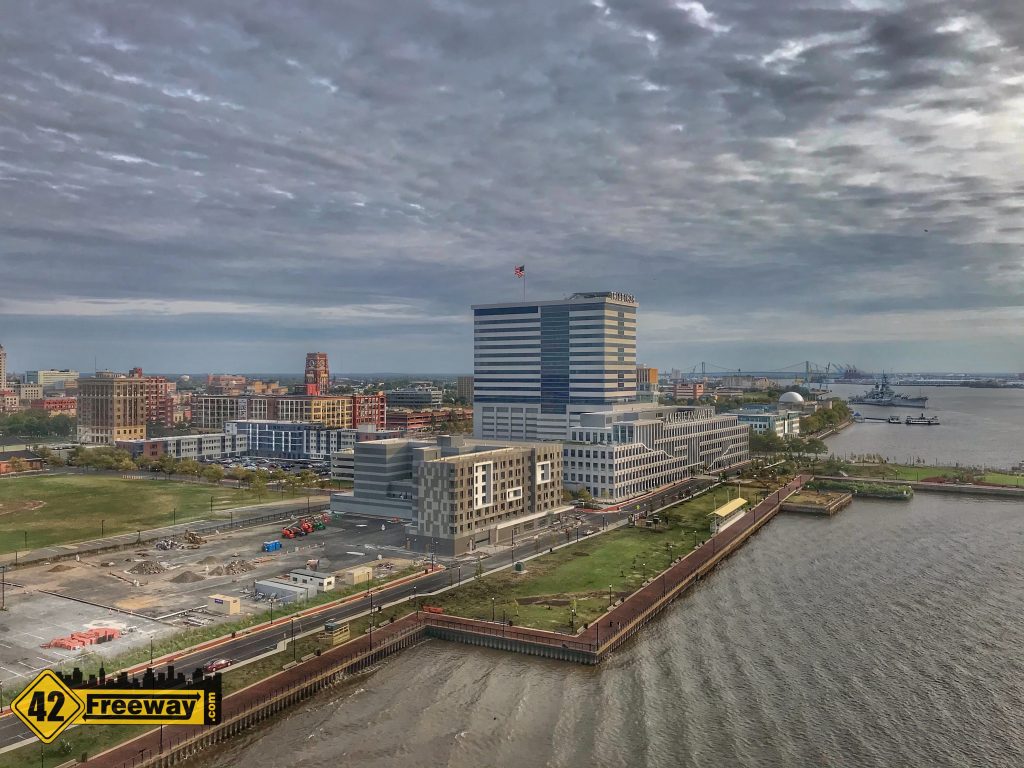