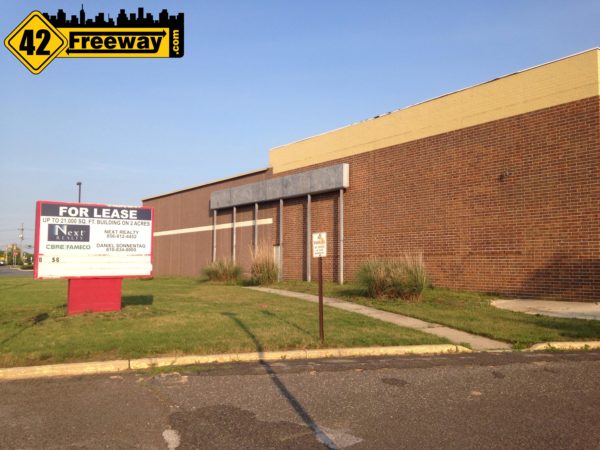 It was one of the first large full health clubs in the area that included a swimming pool and racquetball courts (and a 3 year contract that we all at one time were locked in to!)…  but the last few years it has sat quietly deserted, almost forgotten… on a very busy core retail road.

And if recent proposed plans come together, the 2 acre property will come to life again… but not the building.

Real Estate company Next Realty has proposed to demolish the Bally’s building, and replace it with two businesses set back 85 feet from the road.  According to Deptford Planning Board minutes of the project presented by Next Realty, a retail Tile store is a key part of the plans, and as discussed in the planning meeting they are considering a restaurant with outside seating.

I have been researching available liquor licenses in the area and I know that Deptford does have one license available, but it is allocated to another company and property.  So I was curious what type of restaurant was planned, or hopefully exactly what the restaurant was.   In an email exchange with the President of Next Realty, he commented that they have a “National Home Improvement Retailer” very interested and they are still exploring options for the remaining space, targeting a restaurant to compliment others in the area or another retail store.

A reader comment on Facebook reminded me that around the corner near the mall is a large Avalon Tile store.  With a Home Depot and Lowe’s already in the area, it will be interesting to see if the Tile store plans hold-up.

While it’s good to see the amazing streak of great new projects continue for the Deptford retail area and to see new life for the property, I have to admit I was hoping the Bally’s location would see life again as a health club.  At one time the property was even owned by the LA Fitness company after they bought out Bally’s assets, but apparently the Deptford location was not on their radar and they sold it to Next Realty, who also owns the Best Buy property next door.  Considering how popular the Deptford area is right now, it is surprising one of the newer larger gyms have not found a home around the mall area!

As I mentioned, this continues an impressive streak of new businesses for Deptford.   In the same general area there are two hotels proposed, a new development for the Freeway Diner project, Burlington Coat Factory opened, Hobby Lobby is still slated to come, and the impressive Numours Pediatric medical facility…and many, many more.   In an email exchange, Mayor Medany stated that every week there are developers and retailers contacting the Planning Board and Township in regards to locating their businesses in Deptford.  More to come…