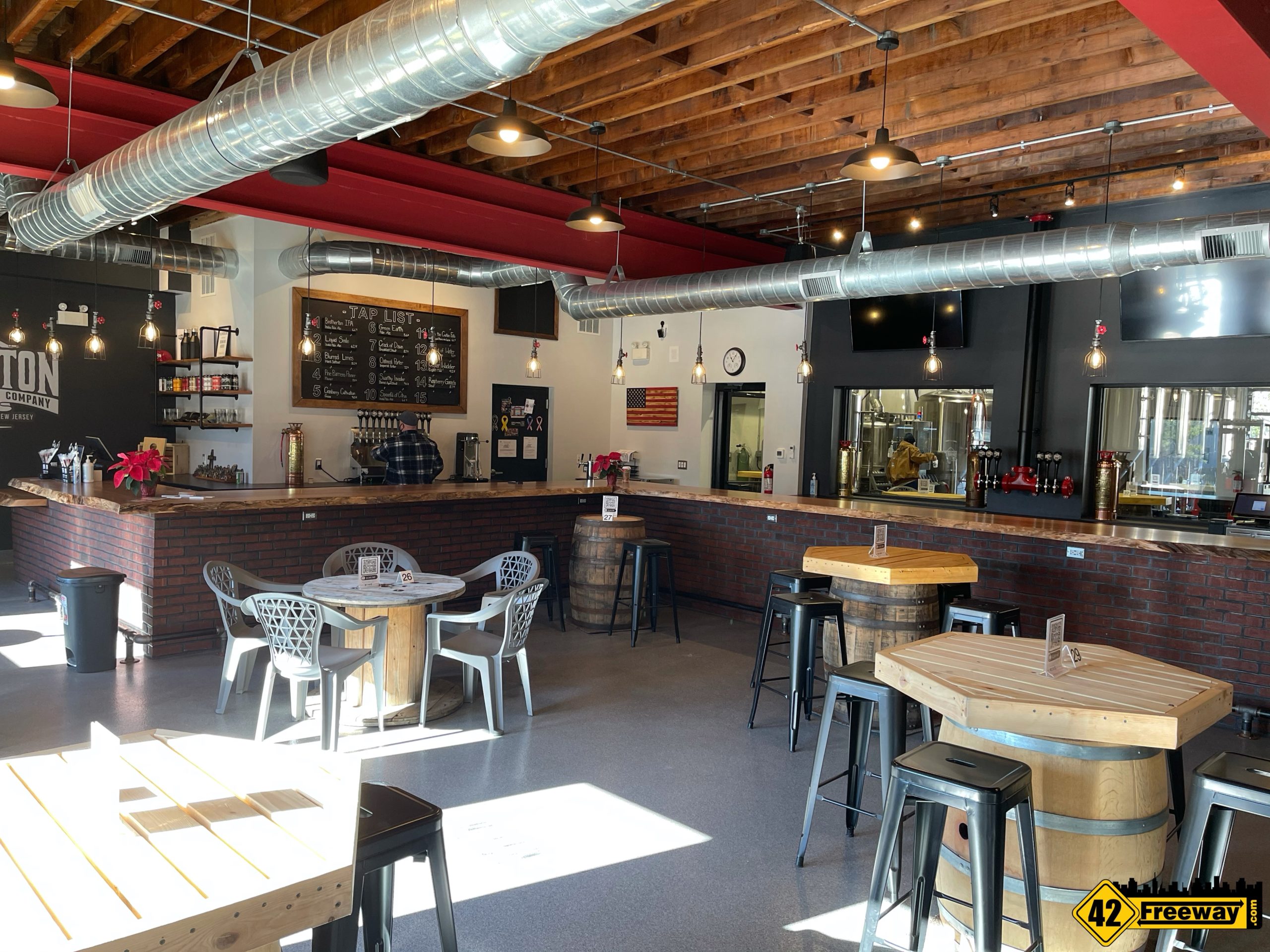 Brotherton has been around since 2015 in Shamong New Jersey, and needing more space they moved to Atco NJ and created an awesome brewing space!

In this trip (and post) I also visit nearby Atco and Berlin Breweries.  If you’re heading out that way, might as well make the most of the trip!

This is a photo tour post, so keep scrolling down past all the pics to read the content and see photos on THREE Atco area breweries!  Oh and stop in at Rack’s Atco for lunch!  For the three breweries be sure to check hours before heading out, but its fairly safe to say they are open Saturday and Sunday, and typically Thurs/Friday.  Let them know you saw them on 42Freeway!

42Freeway visited Brotherton Brewing last weekend and had an awesome time chatting with owner Dan (who is a partner with brother Keith), and tasting room manager Sam!

So as mentioned the brewery is in an awesome building, the former Station 232 Firehouse building!

The Waterford Fire Department page says the Atco fire department was incorporated in 1914 and the Brotherton Brewing location was where the original Atco Fire Department building was located.   There were many additions over the years, but in 2018 the Fire Department moved to a new location. The building with it’s additions works amazingly well as a brewery.   There are four large bay doors which were obviously for the fire trucks, and the brothers chose to make the garage area the brewing area.

Brotherton is not a new brewery startup for 2020, so they already had some impressive equipment of their own to house, so also needing room to expand they chose to put the brewery equipment in the garage area.

The large bay doors?  Well they are now full glass windows allowing plenty of natural light into the brewing area.

While you can enter from the front, the tasting room, parking and outdoor seating are on the back, accessible from Raritan Ave.

The Waterford Fire Department website mentions the additions the building has gone through many additions, and like most local fire departments they held hoagie sales and bingo!

That extra space is in the back behind the garage, and it provides plenty of room for the tasting room with a large bar and room for seating.

The tasting room space has large steel beams across the ceiling to support the second floor, so the space is a large unobstructed view.   And of course there are large windows into the garage brewing area. There are significant design elements to let you know it was once a fire hall, but it leans to a clean yet rustic decor.

When I walked in from the back entrance directly into the tasting room, I literally said “Wow”.

It instantly moves Brotherton up near the top of the list of best looking South Jersey tasting rooms.   Add in the large brewing area and capacity, well…. it’s worth the trip to Atco to check them out.

I showed up before official opening so the tasting room was quiet, but Dan and Sam were happy to chat with me and let me sample a few of their beers.

Dan is a very likeable, hospitable guy…  and clearly the better looking of the two brothers.

Ha!  Brother Keith wasn’t in during my visit.. so Dan may have suggested I make a comment like that.  🙂 Brotherton started in Shamong New Jersey, and there is some level of partnership with Valenzano Winery.

Dan explain that Brotherton was started in a building on the Valenzano property… the same building that Valenzano originally started their winemaking business!   There must be magic in those walls!

Brotherton grew quickly, and they originally planned to build an all new brewery building on a nearby Shamong property.

But building in the protected Pinelands district can present extra challenges…  and then they saw the Atco Firehall property listing.

They were open in Atco for Labor Day weekend but were actually ready to go much earlier 2020, which was delayed because… well you know.

They restoned the large back parking lot, but with things changing in 2020, they are now utilizing the portion of the lot closest to the tasting room for outdoor seating.   Yes there are tables inside also, you just can’t sit at the bar right now. In New Jersey, the real brewery purposes are not just to have a tasting room.  The real purpose is to brew enough beer to distribute, and the tasting room, while a VERY important part of the revenue and experience is meant to be just that… a tasting experience.

So along those lines, Dan explained that before things got screwy in 2020, their beer was sold in 500-600 locations!

They were already building up a significant brewing operation in Shamong, and its all here in Atco now.

I am learning a ton about breweries from writing this website (and being a beer lover), so I’ll list out the Brotherton Brewing capacity (from my notes, that I may have things wrong)

It’s a fairly large operation, with (from my perspective) room to more than double or triple the capacity for distributuion! Since it was earlier in the day, I first tried a Pine Barrens Pilsner, which is a Pilsner (it’s in the name, ha!) rated at 5% alchol.

This is a delicious light but flavorful beer which could easily become my “everyday” beer. I always like to highlight the non-beer entries.  In New Jersey the brewing laws allow the creation seltzer products… which is a nice benefit because not everyone likes beer, and the beer nut whose partner doesn’t like beer can still tag along and have options.

So I also tried a small glass of Blurred Limes, which is a Strawberry Lime clear seltzer, and served with small pieces of strawberry added into the glass!   A nice refreshing drink!

I really enjoyed my visit to Brotheron, and chatting with Dan and Sam.  Thank you for your hospitality!   Dan and Brother Keith seem to rotate shifts, but Sam is the tasting room manager and she also runs the Social Media accounts, so make sure to say hi to her… and tell them all you saw their Brewery on 42Freeway!

Scroll down for more write-ups of Atco and Berlin Brewing.  Having three places to visit makes it even more worth the trip! On the way out I decided to make the most of my trip…  and less than a mile away on White Horse Pike is Atco Brewing Company.

So yeah, I write about new things and Atco Brewing has been open for years, with a great fanbase. But it just makes sense to tell the 42Freeway readers about Atco brewing if they are heading out this way.

If you stop at Brotherton first and are heading back to 42Freeway land, when you make the right at the White Horse Pike, Atco Brewing is in the small strip mall center on the right.  Can’t get more convenient than that! It was still a little bit before opening as I peered in the glass.  I saw some movement back by the bar, and was getting ready to look up the phone number…

By the way, I just want to toss out there, that 99% of the time for my posts, the owners don’t know I am coming or even that a post is going online.  For my scheduling, its just easier that way.

So just then the door opened “Can I help you?”

I love these moments when people figure out I am the 42Freeway guy, and I can see the excitement.

So I met bartender Brandon who lives in Audubon… which helps explain the familiarity to 42Freeway.  Brandon excitedly called the owners to let them know I was there.

I didn’t have a lot of time to stay, but I grabbed some photos and had another great conversation with Dan.

I have to say that every single person I’ve met in the South Jersey brewing industry are just awesome people, including Brandon.

Atco Brewing Company is owned by Jay and Sean!  I don’t have a ton of info on the history but their website says they have been brewing for over 10 years, and in 2014 they moved up to a 1 bbl system.

Brandon tells me they recently hired a new brewer, Nick Martino who is really creating some exciting brews!  In the past Nick worked at Yards, Chimey and Tired Hands.  Those are some BIG names. I need to pace myself, so Brendan suggested I take home a crowler or two!

A “crowler?”   It’s a large one quart canned beer that they can pour fresh in the brewery and can on site!

I took home a high powered Dust Raiser Smoked Ale which clocked in at 11% alcohol, and thinking about my wife I also took home a Blues at Sunrise beer which featured a blueberry taste!

We tried them both back home and all I can say is… I’ll be back with friends!

This post is a big one!  More to read, keep scrolling down! If you are following along with my plan and you’ve made Atco Brewing Company your second stop… maybe you’re feeling a little hungry?

Rack’s is a full bar and restaurant!  A large inside space and a really cool outdoor setup and bar for the warmer months.

They started out in the shopping center also, and later on they built a brand new building!   it’s been a few years, but everything still feels new, but yet very comfortable. Same premise… “Hey since your coming this way to see one spot, might as well hit these others”

And the next month  I am back at Cooper Distillery with some friends sitting at the bar, and the guy next to me has the 42Freeway post on his phone, telling his friends that they had to follow my plan and head to Donkey’s.  Ha!  Awesome.    I never said that it was ME!

The last stop on my White Horse Pike Brewery tour was the Berlin Brewing Company!

Like Atco Brewing… Berlin Brewing has been around for several years.

If I didn’t mention, this was my first visit to all of these breweries!

Berlin Brewing is just a mile or two away, on the other side of Rt 30.

The brewery sits in the front of the building.  Admittedly a few seconds of confusion for me as the door was not clearly marked.

Inside, this is another awesome looking brewery, maybe slightly smaller than Atco. The owners weren’t onsite, but bartenders Pam and Caitlyn were in the tasting room and greeted me with big friendly smiles, and matching conversation.

At this time it had turned noon and all the breweries had just opened, but I had the tasting room all to myself for a bit!

Pam and Caitlyn weren’t familiar with the site, but of course I just took that as an opportunity to explain 42Freeway to them!

The were more than happy to allow me to take some photos of Berlin Brewing and add them to my post.

Berlin Brewing has 10 beers on tap.  Since it was still early and I had a long day ahead of me I didn’t plan on having a beer…

But when one is named “Bald Bull” and i’ve been a bald guy for 10 years, well sure I have to try it!

A delicious fresh beer which also could fit in as my everyday beer.   Very tasty without overpowering.

A new twist for me is they are also making root beer!   The ladies were nice enough to give me a sampling.  Refreshing and unique! 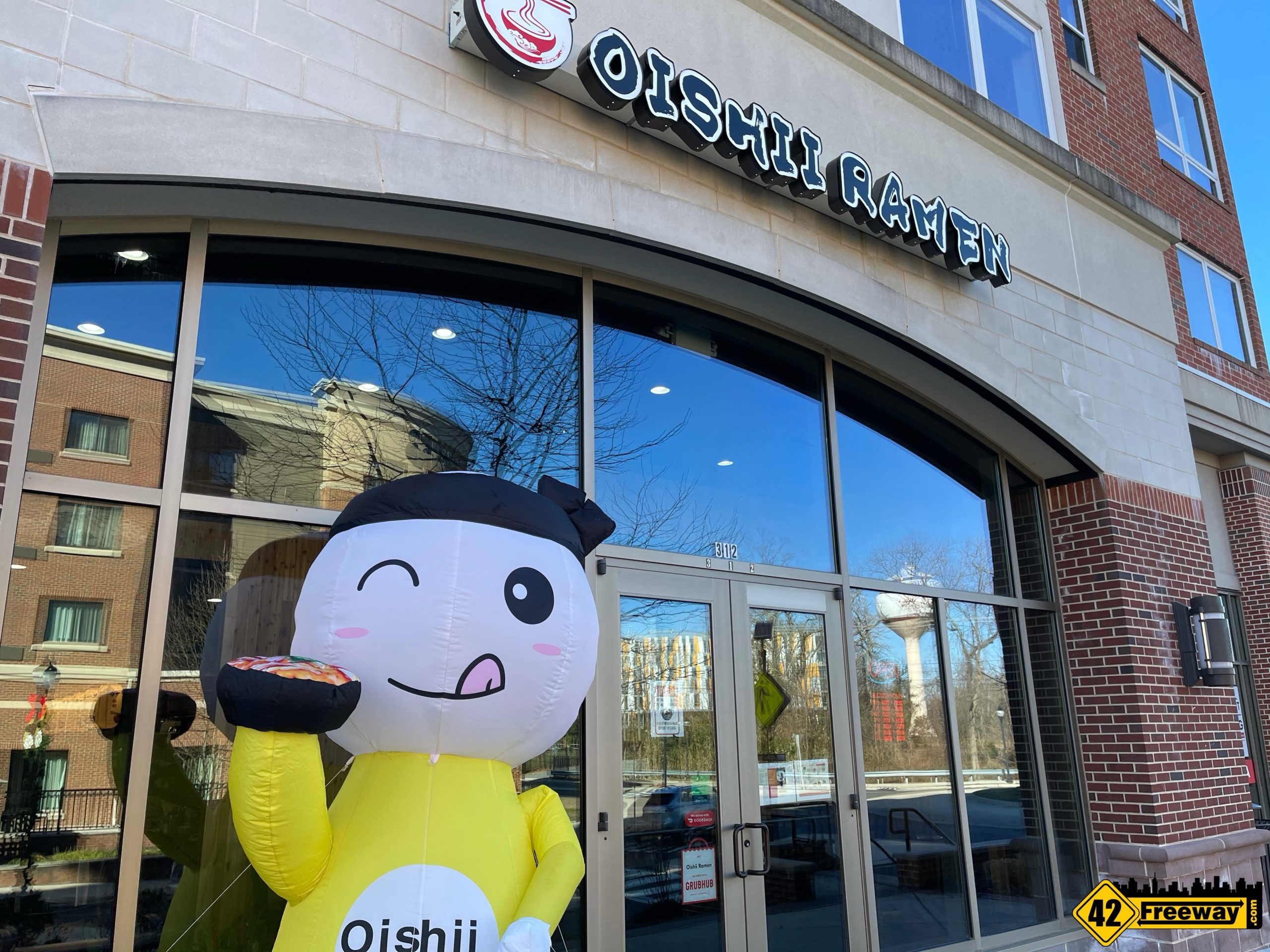 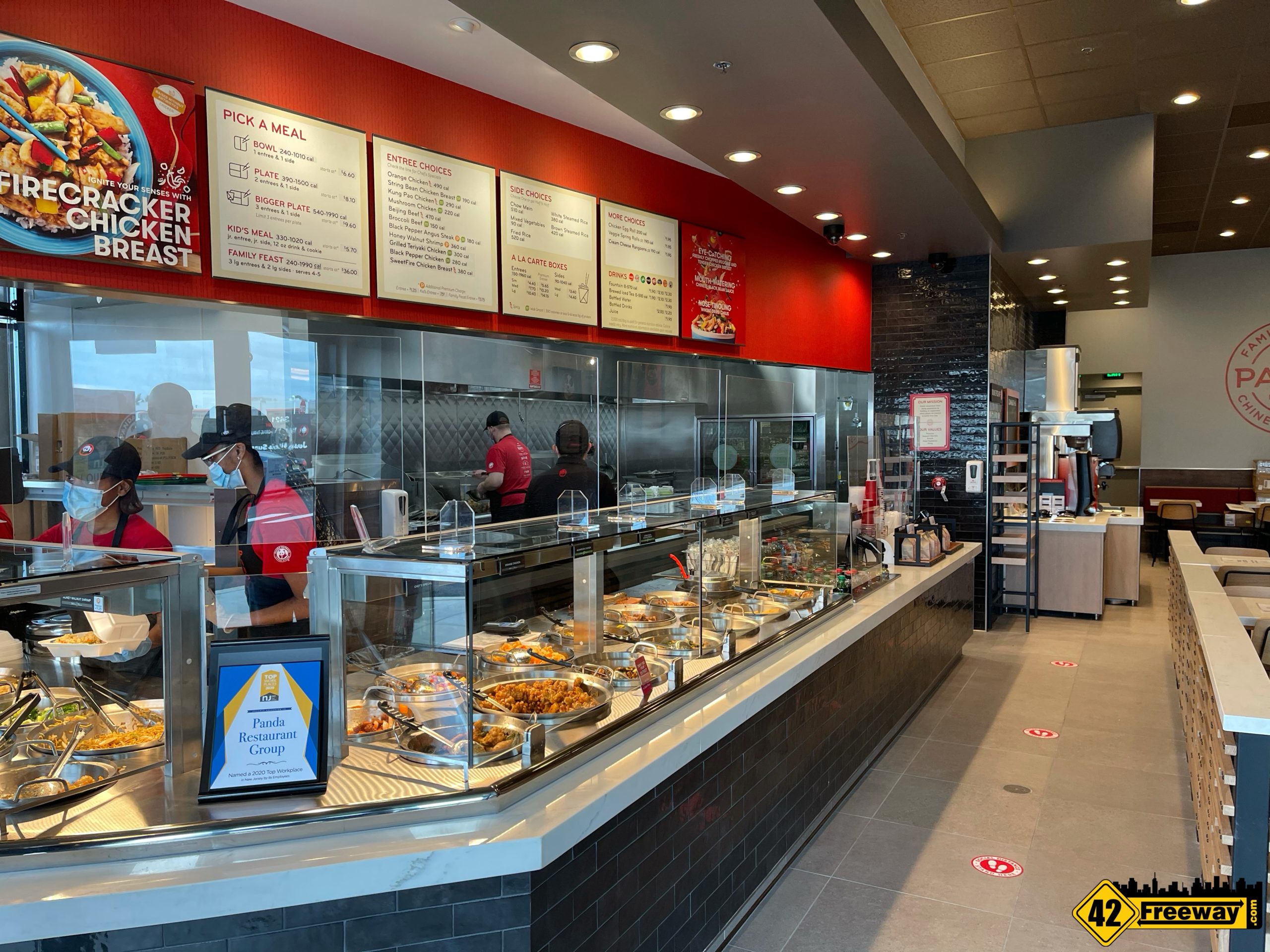 Next
Panda Express Washington Township Is Open for Take Out and Drive-Thru. Jersey Mike's Opened in December