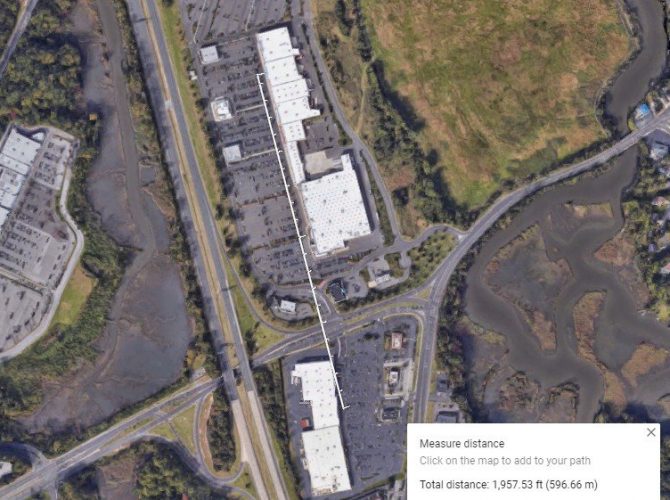 Parent company Nicole Crafts announced today that they are exiting the retail business and closing all 145  A.C. Moore stores.  They also announced that the Michaels competitor will take over up to 40 stores and convert them to Michaels stores (as well as an East Coast distribution facility).

From the Press Release:

Anthony Piperno, Chief Executive Officer of A.C. Moore said, “For over 30 years, our stores have been servicing the creative community with a vast selection of art and craft materials, with one common focus, the customer.  Unfortunately, given the headwinds facing many retailers in today’s environment, it made it very difficult for us to operate and compete on a National level.  During this process, we will continue to provide great customer experience, while still delivering quality and value on your favorite products.  Plans for closing specific A.C. Moore locations will be shared in the upcoming weeks on our website.  While we will stop accepting further online orders as of today, we will ship any previously placed orders in the ordinary course.”

It’s a stark contrast to just 10 years ago when the Philadelphia Inquirer reported on a Bloomberg story saying that A.C. Moore’s stock growth was 169% in the most recent year.  They were one of the darlings of Wall Street.

It’s probably no coincidence that in the same 10 years, Amazon has seen their revenues increase from 19 Billion a year, to 232 Billion in 2018.

Deptford Already Has a Michaels

Deptford New Jersey already has a Michaels store less than 1/2 a mile away, in a shopping center across the street.   The existing Michaels store is located in a booming shopping center which also includes Walmart, Sam’s Club, Joe’s Crab Shack, Chipotle, Panera Bread, Five Below, Ramour Flanigan Outlet and other retailers.

Meanwhile the A.C. Moore shopping center is already carrying a big loss from the Babies R Us closing, and only offers the large Forman Mills and “pad” eateries McDonald’s and Taco Bell.

The A.C. Moore About Us page tells the history of how two South Jersey craft superstars came together to form a single company.  The Sbar company traced their roots back to a craft supply store in Camden back in 1952.  The family realized the demand for a supplier in the area so they shifted their focus to becoming a distributor.

A.C. Moore was a growing Craft Supply store and in the 90s was Headquartered in the heart of 42Freeway turf in Blackwood (Gloucester Township), not too far from Camden County College!   A.C. Moore saw significant growth and as they grew, so did Sbar’s.

With the two businesses so closely in synch with each other, in 2011 the Sbar Piperno family purchased A.C. Moore and continued to run the retail business under the A.C. Moore name.  This was just two years after the 2009 growth in stock I mentioned earlier in this post, but also in shaky global financial time.

What is left of A.C. Moore and Sbar’s?

Update: It seems that Michaels is taking over the massive distribution facility in Berlin/Winslow, but what remains of the A.C Moore companies?

I see that there is a Sbar online online website offering craft products (wholesale?) and showing a Moorestown address.