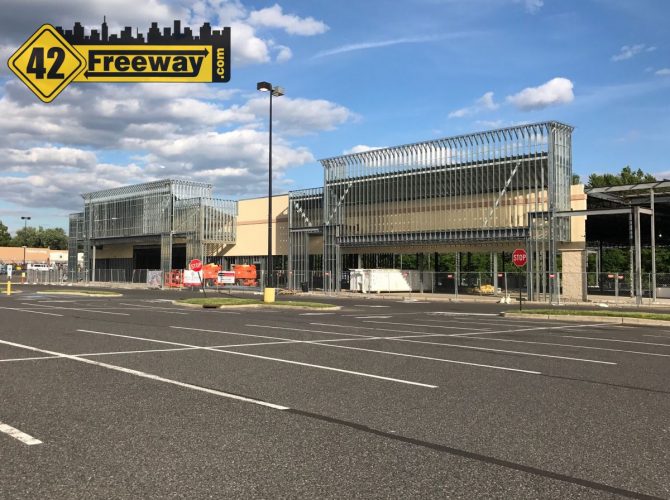 As the economy continues to grow, retailers and developers are reaching out into new opportunities, as well as being more willing to breathe new life into projects that haven’t lived up to their full potential.

The Audubon Shopping Center is getting its turn for a big boost, as construction is underway for both new Marshalls AND Ross stores!  They join the successful Walmart store and a variety of other stores, making Audubon an even more valued shopping destination where value is key.

News blog NJPEN reported on the upcoming construction back in January, and also a new community area going in nearby at the Green Wave park lot.

Both stores are considered “off price” clothing and more retailers, and it’s interesting that they are being developed at the same time, directly next to each other.  The combination of the two stores and the Walmart next to them.. should make Audubon a go-to place for inexpensive clothing and merchandise.

Many long time residents remember the beloved Black Horse Pike Shopping Center which was anchored by JC Penneys and Korvettes.  That center felt the pressure of the growth of malls, and was demolished and redeveloped as a Walmart anchored property with two additional rows of stores.  One long row was setup to house smaller stores, while the other row across the parking lot was targeted for bigger stores, such as Monster Pets.   Well other than the pet store, that larger set of properties never really took off.

To fit in the Marshalls and Ross stores, the developers are rebuilding half of that large building segment to make a space better suited for the stores.

I have no details on when they will be opened, but you can be sure they are targeting being opened ahead of the 2017 holiday shopping season!

TD Bank at Rt 42 and Berlin-Cross Keys Road CLOSES Nov 15th (Across from Sam’s). Is Something Else Planned?

The TD Bank branch located at the busy corner of Rt 42 and Berlin-Cross Keys Rd (across from Sam's) is closing on November 15th!  By my count there are 4 branches in Washington Township and it could be argued that is too many, but the area along Berlin-Cross Keys has seen a lot of development lately with new apartments, Cinder Bar coming soon, Royal Farms and other businesses... isn't it a little strange for TD Bank to decide now to leave?

For our first featured article, 42Freeway.com sits down one-on-one with Gloucester Township…